Tickets and schedules
History and environment
We highlight
Services
Explore the walled city of Rada and travel back to the Middle Ages, a defensive fortification with a thousand years of history and learn about the key moments of a time of invasions, wars and other dangers that lurked on the other side of the borders of the Kingdom of Navarra.
Share
History and environment

The walled enclosure of Rada is located between Caparroso and Mélida and located on an isolated hill at a height of 431 meters. It played a strategic role in the defensive system of the Kingdom of Navarre in medieval times.

Since the end of the 11th century, its existence as a defensive watchtower against the Muslim threat has already been documented. By the middle of the twelfth century, the potential attacker was no longer Islam, but Aragon in the eastern part and Castile in the west.

Rada was then consolidating itself as a population center within the walled enclosure, with a peculiarity: it was a secular manor. That is to say, the supreme authority was exercised by a lord, of the Rada lineage, first, and of the Mauleón, later.

Although there were numerous dwellings around the hill, a small community was formed within the fortress itself: more than seventy dwellings, a church erected at the end of the 11th century, and a necropolis. 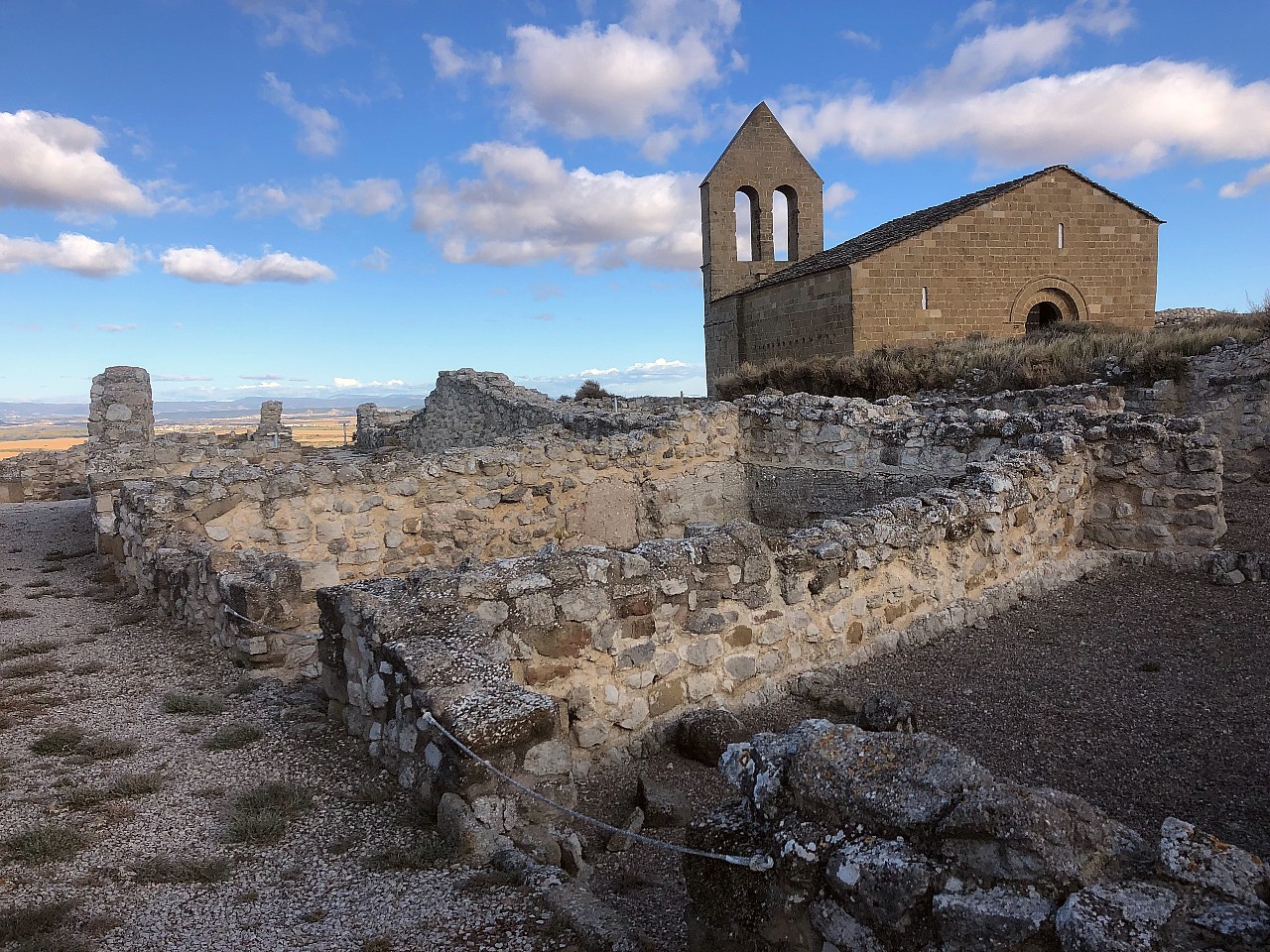 The hermitage of San Nicolás, together with the remains of the start of the cylindrical tower and the second door of the enclosure, constitutes the visual reference element of the enclave. Its origin is proof of the development of the site: since the initial defensive settlement ended up hosting a stable population, it was necessary to incorporate a place of worship.

The current hermitage does not follow the Romanesque temple prototypes of the time, as it has a single nave topped by a cylindrical apse. The ashlars that make up the temple are made of sandstone, of good workmanship and with abundant stonemason marks. Its crismones stand out, topped by the Greek letters alpha and omega, traditional symbols of Christ as the beginning and the end.

⭐ The walled city of Rada is one of the points of interest within the main hiking and cycling routes.

Check here the schedules and visits to the museum

✔️Free parking for cars and bicycles

Cookie notice
This website uses its own and third-party cookies to offer the user the best possible user experience. Cookie information is stored in the browser and performs functions such as recognizing you when you return to the Web and helping to understand which sections of the web are most interesting and useful.
Configure Accept all
Required
Required cookies are strictly essential to ensure the proper functioning of the website.
Analytical
Analytical cookies allow us to know how users interact on the web and improve its operation. They allow us to collect statistical data such as number of visits, web traffic, etc.
Save settings